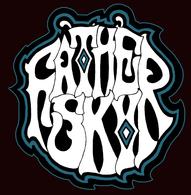 The Austin rock scene can be a battle. After his last band dissolved in a storm of finger pointing over musical direction, veteran sideman “Arkansas” Dave Pennington, 30, decided it was finally time to take matters into his own hands—and created his new group, Father Sky. “I got tired of starting bands and not being able to continue them from behind the drum set,” says Pennington, who has toured with everyone from blues legend Guitar Shorty to country-rock outfit Ouachita. “So to prevent that, I decided to pick up the guitar instead—Father Sky started
out of the ashes of everything else I’ve done musically in Austin.” Earlier this year, reeling from the demise of his band and the death of a close friend, Pennington poured all his anger and heartache into a furious month of songwriting. “I wanted Father Sky to have a specific sound,” he says, “to ride that line between hard rock, metal and blues.” He reached out to rising band Amplified Heat—whom Rolling Stone called “a trio that knocked me out at SXSW with extreme prejudice”—about creating a new rock group to take on Austin’s burgeoning heavy rock/metal
scene. “It was a shot in the dark but they were the first band I saw and liked when I moved from Arkansas to Austin,” he says. “We jammed, it clicked, and they said they wanted to play some gigs—So I said, ‘Hell yeah’.”

The resulting five-song EP screams with raw improvisational energy—imagine a brooding Black Sabbath playing Gov’t Mule swamp jams through a muscular ZZ Top setup. “Our guitarist Jim Ortiz has an amazing style,” Pennington says. “He uses a lot of feedback to create some wild sounds throughout the EP—sometimes it’s accidental but it’s always cool.” Father Sky also includes Jim’s brother Chris Ortiz on drums and local veteran musician Jonah Holt on bass. “We all grew up blue collar,” Pennington says, “and tend to wear our emotions on our sleeves—it creates a lot of energy in the music.” Last April, after writing the songs, Pennington booked three days of studio time at Willie Nelson’s Arlyn Studios with engineer Jacob Sciba (the EP was later mastered by Grammy winner Brad Blackwood at Euphonic Masters mastering studio in Memphis) and immediately brought the guys together to record. “I wanted that live vibe,” he says. “Good musicians work best under pressure. Even though we’d only played
together five times, I had confidence—it’s been a wild experience.”

The EP’s first track is Rain Will Fall, a haunted opener of distorted guitars and moody B3 Hammond organ. “People ask why I put my most epic song as the first track,” Pennington says. “It was like ‘Welcome to my soul.’” The song’s lyrics evoke imagery of cold rain and a lone highwayman contemplating the road. “The album starts with anger and aggression about my last band breaking up,” Pennington says, “but the lyrics also address the conflict I feel about being a father and musician—I grew up in a divorced home and am determined to provide a stable family for my children while also being able to tour.” The song kicks off with a slow groove that soon breaks into wailing guitars. “When we recorded, it was midnight,” he says, “I’d had a few drinks and decided to hook up the B3. It ended up sounding real eerie and dark—I felt like a mad scientist behind the organ.”

The second track Silver Spoon is a hard-driving rocker directly addressed to Pennington’s former bandmate. “It’s about a past musician I had a problem with,” he says. “I was like, ‘You were born with a silver spoon in your mouth—but that doesn’t mean you can run down my music.” Clocking in at a little over two minutes, “Silver Spoon” represents Father Sky’s commitment to blistering hard rock with unconventional song structures. “I write
a lot of two-verse songs with refrains,” Pennington says. “Not every song needs a hook and a chorus.”

The third song Withered is a throwback to the kind of track once heard on classic metal albums of the 70s and 80s—the instrumental. Snaking bass lines give way to careening solos counterbalanced by crashing cymbals. “I’m a fan of instrumental music and think it has its place in rock and roll,” Pennington says. “In songs, I often identify more with the music than the lyrics.”

The EP’s title track Tower Heist is perhaps the only rock song to have been inspired by a Ben Stiller comedy. “That movie is always on TV, ”Pennington says, laughing. “I just thought those two words together sounded cool.” Stylistically, the song has a heavy blues vibe in the tradition of Joe Bonamassa and ZZ Top. “I was listening to a lot of those guys when I wrote it,” Pennington says. “I love blues rock and improvisation is a huge part of our live shows.”

The final song Mongoose Blitz is a fierce ode to the Rudyard Kipling classic tale Rikki-Tikki-Tavi about the furry title character taking on the dreaded king cobra. “The meaning I took from the story and have in the song is ‘Don’t underestimate the little guy’,” Pennington says. The song underscores Father Sky’s tight improvisation chops—the fast-paced solos and driving rhythm section mimic a battle going round and round.